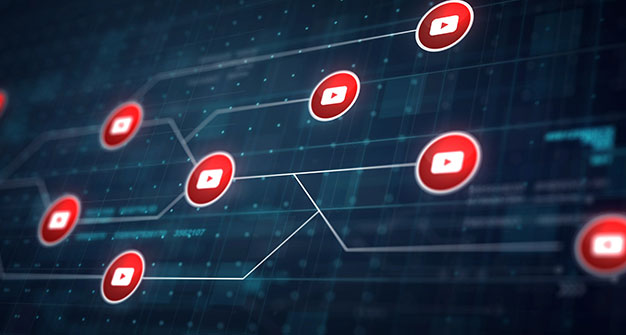 To leverage the potential and power of the platform’s most influential stars and biggest channels, Multi-channel networks or MCNs came on YouTube. MCNs created a new business model altogether while utilizing the vast practices adopted from production houses and talent management agencies. This helped to represent the platform’s unique talent that is YouTube influencers or YouTubers.

While YouTube and YouTubers both have grown and come so far, MCNs have evolved and shaped themselves in such a way that it is perfect for the changing landscape. They help and provide influencers and YouTube creators with services such as funding, monetization, digital rights management, collaborations, audience growth, and partnerships.

The pros and cons of YouTube Multi-channel networks (MCNs)

There isn’t a perfect guide to this but a lot of MCNs have adapted their own rules and changed business models which expand beyond YouTube and reach an audience around the globe.

2. Channel visibility
Channels that are affiliated with an MCN are promoted across the network. To maximize reach, MCNs have to work by the ‘quantity is everything’ philosophy.

3. Channel connections
Channel networking is very common in MCNs. They help in creating opportunities to work together. They can orchestrate a collaboration between big and small channels when there is a chance of growth.

4. Monetization
The main aim of an MCN is to increase the influencer’s money-making potential by creating opportunities like endorsements and other promotional services.

5. Facilities
To eliminate production costs, a few MCNs offer creators a place to create and edit their videos.

6. Credibility
These days, anyone can become a YouTuber, but, with MCNs, you have a certain level of credibility when it comes to genuine influencers and creators.

1. Changing industry
MCNs were started to keep groups of popular and profitable influencers within YouTube’s fast-paced environment. But, a lot of MCNs have taken on new responsibilities and explored new horizons, MCNs have become less focused. Also, a few MCNs have been bought by outside entities looking to expand into the digital space.

2. Limitations with influencers
As we all know, MCNs represent big YouTube creators and channels. However, the majority of these influencers are out of reach or tied up with existing deals. For brands that are looking to work with niche talent, MCNs may not have a lot to offer.

3. Influencer vetting
Brands have often found themselves in unprofessional situations due to these social media stars. This has happened despite all the calls by the business for MCNs to manage their influencers.

4. Commitment & consistency
Due to the thirst for talent, MCNs overextend themselves. A few YouTubers aren’t given attention or some of them are dropped in the middle of a campaign and so on. Conflicts between talent and MCNs can be tedious for brands looking to establish good relationships with creators.

5. Restrictions for content creators
Contracts between the influencers and MCNs can limit the influencer’s property rights. A lot of influencers are confined to work within their MCNS and need permission to go beyond it.

An MCN is a top option to consider when a business is interested in partnering with big influencers and YouTubers. But, for brands that are looking to promote their products and services offline, the advantages of disadvantages of working with MCNS should be followed carefully.