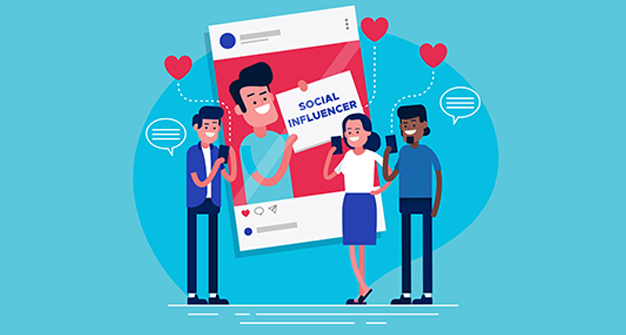 When it comes to buying items that are expensive or close to our heart, we tend to rely on the recommendations of people who we think are experts in the field. We read reviews, blogs, articles and check every website in search of some advice regarding the products/ services. According to researchers, 31% people have purchased a product or service after getting influenced by social media.

Due to this, a lot of brands swear by influencer marketing to promote their products/ services. This helps the brand connect with its consumers on a personal level. But not all influencers that you follow online are genuine. Influencer fraud is one of the topmost online scam these days. This involves working with fake influencers and can completely tamper your brand image.

Who are fake influencers?

Fake influencers are people who look like your everyday influencers. They do all the things that a normal influencer would do. For instance, posting high-quality images, promoting products, having a lot of followers and etc. But the catch here is that their follower’s list mostly has fake accounts and bots. This means that they have bought their followers.

Usually, behind a single fake influencer, a whole team who manages the fake account is involved. They create fake accounts/ names of people who do not exist. This would involve hiring a model to pose as the said person, buy followers and comments to make it look like the person is actually influential. In other cases, there will be real people behind these fake influencers.

Just because an account has thousands of followers doesn’t mean that it is a genuine account. Unfortunately, a lot of fake social media accounts are on the rise. Doing business with such influencers can damage your campaign.

A person who acquires the likes, comments, followers in an inorganic way is known as a fake social media influencer. The acquisition can be done via loop giveaways, purchase, comment pods etc.

Thankfully, there are numerous ways in which one can spot fake influencers from those with a genuine following.

Look for sudden spikes in engagement or followers

If there is a sudden growth in the follower’s list within a short period of time then that might be a fake influencer.

Activity on other social media platforms

Keep a tab on engagement.

A fake influencer can be identified by keeping a check on an excessive amount of redundant or non-engaging comments. This can include emojis or comments from the same person on a lot of photos.

Calculating the engagement rates means checking the percentage of likes, comments or shares that are seen on posts compared to the total number of followers. These fake social media influencers pay for followers and these followers usually don’t engage with content. Many times their comments look like spam.

Check the influencer’s account for any earned media. Earned media can show that they have a large reach not only a good follower count.

Once you have spotted them, avoiding a partnership with them can save your business from being damaged. After this, ensure to keep a record of all the fake social media influencers under the name of ‘blacklisted influencers’. This will help you in future campaigns.

10 Ways to Make Your YouTube Video More Trending and Catchy
What is influencer marketing? How to develop your strategy in 2021