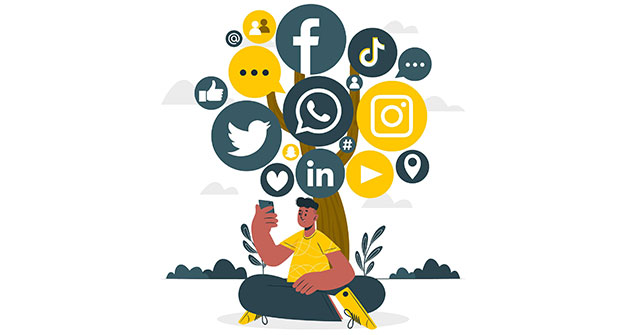 There are various networking sites that are in market demand by different business sector companies to upgrade their business and stay higher in the competition. A strong presence on any social media platform is very essential in today’s era in order to create a respectful and prominent status in the industry. Let us see the top 15 social networking sites that have created an extraordinary impact on the business industry.

Being one of the best social media platforms, it was launched in February 2009. This application lets you take pictures, send or receive them, manage video calls, send or receive documents or any kind of attachments.

It has approximately 400 million users from India itself. Whatsapp has helped everyone, let it be family, friends, or corporate people to be in touch with each other. Nowadays client meetings, corporate chats have also been developed on Whatsapp messenger.

Facebook was initially launched in 2004 with approx. 260 million users only in India. They have 400 million active users and the count increases daily. With a whopping approx. 99 million users, this category has been filled by the age group from 18 to 25. It allows people to add friends, tag people, upload pictures, videos and much more. Business through Facebook has become a trend that has been set by many corporate companies in India.

Instagram has become much more popular in very less time. Launched in the year 2010, it has a cap of around 140 million daily active users. One unique aspect of Instagram is that, it has been mostly used between 12 am-5 pm i.e., mainly during working hours. Instagram has also become a marketing hub used by influencers more. Influencers in India have used this application as an asset to grow on short format note and also offers rich analytics.

Youtube is one of the oldest social media networks that was launched on 15th December 2005. Youtube has an outstanding global reach and also lets you create your channel on it. The best part of Youtube is that, you can earn money from the views you get on your videos and the advertisements you market on your channel. This is the most common sector used as a marketing tool by corporates.

Twitter is a microblogging platform that allows you to send messages and tweet, retweet on any topic. This is a short format content base where people engage themselves by tweeting, uploading pictures and videos as well as an update on various topics. Twitter has been continuously used by State police and other govt. institutions to update common people about any disasters that occur and can harm their assets.

A professional networking site launched in the year 2002. It helps in creating awareness regarding job openings in various industries. This site has been used by professionals to keep their company track clean in order to keep their clients tucked in a relationship with them. It also helps to maintain the audience’s control with the help of the description mentioned by various companies.

Snapchat is an application that lets anyone upload pictures and videos with different filters that would make them more attractive. It has more than 60 million active users in India and over 265 million daily users worldwide. You can easily add people from you contacts by using their usernames.

This app mainly focuses on privacy of your chats with your contacts which is its unique point. Telegram had this privacy feature way before Whatsapp made it official. We have different channels on this platform from where we could easily download new movies, songs, images etc.

Quora is one of the best social media networks where you get answers of every question you ask as long as it’s a factual one. This app lets you attain knowledge on various genres and also helps you understand why the world works in such a creative setup.

Visual bookmarking and sharing pictures are two most important features of   Pinterest. Pinterest can help us grow in eCommerce sector. You can receive different innovative ideas for any projects on Pinterest.

Social media networks have created a popularity not only in youngsters but also amongst corporate brands. Brands are nowadays totally dependent on above given social media networks for their professional status to get upgraded in the industry. In short, business means, marketing on these platforms and gain rewardable profits. In near future, every aspect of social media marketing would be 100% related to these social media networking platforms that will create a new set stage for different companies to compete in a completely unique manner.

Powerful Words That Will Success Your Business
What is Fintech? Fintech a New Era