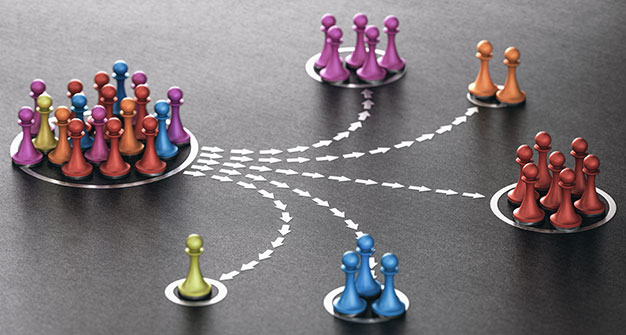 We are living in the 21st century that has produced modern techniques and virtues. Businesses have developed to an extent where competition has raised the bar of work ethics in every industry.

One prominent helper of organizations to upgrade themselves have been the social media network that portray eminent personalities that market these brands’ products and services to which the audience gets influenced.

Nowadays, the trend of Influencer Marketing is changing the marketing tactics in the industry. But still, some companies have not adapted to this change. They just roughly start marketing on their own which sometimes stands irrelevant and not progressive.

Looking at things from a different perspective could produce a positive mindset. Some agencies or companies look towards Influencer Marketing. Just understand that approaching the influencers in the same manner as you reach out to your other plans might turn to have negative consequences.

There are several ways as in how not to run your Influencer Marketing program. These aspects could help you avoid the pitfalls in your business.

Organizations tend to create an atmosphere where they just sign the influencer for a campaign and order them as in how to work.

This should not happen because they have their influential character with an immense audience and you also need to ask them their suggestions regarding the fulfillment of brands’ requirements.

Focus on your goals

We have seen in the mode of getting the assigned task done quickly, brand managers do not mainly focus on the objectives of a campaign.

Getting likes, shares, comments are not the aspects on which a company grows, but fixing the objectives and goals beforehand is important to get the most out of your campaigns.

People mainly watch anything that could easily drive them to the objective. Producing video content is a vital aspect of any Influencer Marketing program with the help of short format content platforms.

Brands are losing out businesses as lack of video content is the only drawback that would push them back.

Let influencers connect in their tone

Influencers have their tone and versatility in which they are loved by their audiences. Providing a concept is good but telling them to use specific words could hardly give you an advantage.

Let them connect with their fans in the creative way they are comfortable. This would help you draw more innovation and creativity from their end and in return will help you flourish your brand.

Be predictable and reliable

Many influencers heavily rely on campaigns for their livelihood. You need to maintain a long-run relationship with the influencers.

Any changes that happen, need to be conveyed to the influencers so that they are readily alerted. Do everything to shield your creators from churn and change. Clear expectations are highly required in such a relation.

Collaborate with every type of influencers

Every campaign has a variety of needs. Focusing more on follower count would not give you more exposure, than some Nano influencers with flourishing results.

You should have empathy for your creators. They have a massive reach and influential power with creativity and innovation at their hands. Remember one thing, if you need to stay at the top, you need to tackle the hazards and reach a destination in this industry.

Try not to get overwhelmed with your power and avoid pitfalls surpassing other competitors.